Bhima-Koregaon War: A story of Self Respect, Esteem and fight against 'Manusmruti'

All over the world people enjoys the New Year celebration. On the other hand, on each 1st January, Ambedkarite people gathered at Bhima-Koregaon, Pune (Maharashtra, India) from all over India to salute to their brave soldiers who had given their lives for freedom!

What happened on this day? What is the importance of 1st January 1818? 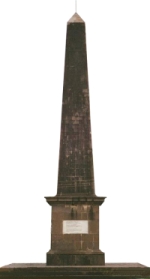 This Bhima-Koregaon battle is very much important in the history of India. From this day the new era began in India!

This was the battle between 2nd Battalion 1st Regiment of the Bombay Native Light Infantry and Peshwa soldiers. The Bombay Native Light Infantry was headed by Capt. Francis Staunton. In this infantry there was only 500 soldiers and most of them were from Mahar caste and others from Mang, Muslim. (This Mahar caste is also known as the 'Bravest' caste in the world!) Without getting proper water or food, Mahar soldiers walked 27 Miles distance from Shirur (Pune) to Bhima-Koregaon (Pune) in one day. There were more than 28000 Peshwa soldiers at the opposite of Bhima river bank. They were with a large force of 20,000 horse and 8,000 infantry of Bajirao Second. It was do or die for Mahar soldiers. Mahar soldiers moved forward at late night and the battle started at the bank of Bhima River. This battle was fought over more than 12 hours. It was started on 31st December 1817 at night and ended on 1st January 1818. Battle ended not only with the Victory over Peshwa but it became responsible for the end of Peshwai (the most savage period in India) in Mahararshtra.

This battle was commemorate by an obelisk by British, which is known as 'Vijay Stambh' (Bhima-Koregaon Piller). And this battle was the main cause of creating the 'Mahar Regiment' in British Army. The slogan of Mahar Regiment is 'Forefront Forever!'.

To remember this day, Modern Buddha Dr. Babasaheb Ambedkar used to visit Bhima-Koregaon (known as 'Shaurya Bhoomi') every year on 1st January to pay homage and to salute to great Mahar soldiers. The monument has names inscribed of twenty two Mahars killed there, erected at the site of the battle and by a medal issued in 1851. Today, the monument still "serves as a focal point of Mahar heroism".

What was the hidden history?

During period of Chattrapati Shivaji Maharaj the Mahar soldiers were treated as equal and Shivaji also knew the importance of Mahar soldiers. But over the time Peshwai came into power by creating quarrels in Bhosale and Shinde families. Peshwa started the rule of 'Manusmruti' again and created discrimination between people. There were Mahar soldiers also in Peshwa's army. But every time they were insulted and not getting the equal rights as other upper-caste soldiers gets. Because of this Mahar soldiers were started entering into British East India Company's army.

Before this Bhima-Koregaon battle the Mahar soldiers from British East India Company met and asked Peshwa that they do not want to fight against their brothers, the Peshwa. Mahar soldiers asked Peshwa what will be the socio-economic status of Mahar caste people in Peshwa period if Mahar soldiers decides not to fight against Peshwa. The Peshwa laugh at Mahar soldiers and told them that their social status will not change at all. They have to serve upper castes and they have to do all the lowest work. The brave soldiers refused to accept this and told Peshwa to meet at the battle. So at the time of battle at Bhima-Koregaon Mahar soldiers decided to take the revenge of the insult of their community and to make a history of bravery so that everyone should know in future what Mahar people can do! And Mahar soldier created the proudest history!

This was the main cause behind the Bhima-Koregaon battle which was always kept hidden in history books by upper caste historians.

Lets remember the bravery of our soldiers and salute them at Bhima-Koregaon Vijay Stambh on 1st January!

This is the real 'New Year' celebration of all Ambedkarite people! JaiBhim!!!